How I Became a Runner

From The Outdoor Journal

Let’s begin by admitting that when you start, it’s awful. After you lace up your new running shoes for the first time, step into your short shorts with the built-in panties, pull on a tee-shirt made of recycled plastic bottles or some other technical material that will, eventually, start to stink in the armpits no matter how often you wash it, when you head out the door for that debut run, you might feel good for the first few minutes. You might even feel great. You might hear Bruce Springsteen singing in your own head that tramps like us, baby we were born to run.

For those first few minutes.

And then everything will start to hurt. Each leg will feel like it weighs eight hundred pounds. You will appreciate oxygen in a way that you only appreciate things once they’re absent. Your heart will pound so hard you’ll think it’s as detectable as the organ in an Edgar Allen Poe story. It will tell the tale of your woe. And you will, make no mistake, feel filled with woe.

You may have been told to start out by walking fast to warm up and then running for a limited time, four or five minutes, maybe. Alternate walking and running, you may have been told. But you never knew minutes could last so long. You don’t think you can keep going. You never appreciated how nice it is to walk. You can breathe when you walk. Breathing is a good thing.

Your eyes may water. You may make wheezing noises. You may think you’ve coughed up a chunk of your lung.

All that money you spent on buying the right gear, the right clothes and shoes and maybe even a new big old ugly GPS plastic watch? Wasted. Halfway through your first run you decide you’re going to give it all away. That new tee-shirt won’t have a chance to get stinky, not from your pits.

Somehow, though, you make it through. You’re out there for however long you thought you should be. Maybe it’s ten minutes, maybe twenty, but you’ve done it. You feel a little good about yourself. You think maybe you could have gone a little longer.

Until the next morning when it hurts to get out of bed. You hobble around and nurse yourself with ice cream and think, What a silly idea that was. I’m not a runner. The next day is even worse. How can you be more sore the day after the day after you’ve run? Because that’s how it works.

But for whatever reason—stubborn pride, those few extra pounds around the middle, an upcoming reunion—you put on those sporty clothes again and venture out, once more into the breach.

Weirdly, it’s easier this time. You do the walking parts a little faster, run a little slower, and it feels almost good. Twenty minutes goes by and you think, Hey, this isn’t so bad.

Slowly, slowly, running becomes something you do.

Some days it’s good. Other days you can’t believe how hard it is. Some days, you have to trick yourself to get out the door. You don’t want to go. So you say, Maybe I’ll just put on my running clothes. You say, Maybe I’ll just go for ten minutes. You say, Maybe I’ll take it really easy and run extra slow. But once you get out there, you’re kind of happy. You like the way the air feels against your skin. You notice the call of birds you can’t identify. Your body begins to recognize the motion, the clip clip clip of your feet on the pavement, on the trail, on the earth. You settle into breathing.

Sometimes, you’re able to let your mind wander. You’ll find yourself thinking of people you’ve left behind. Or conversational topics you want to broach. You end up figuring out the solution to a problem you hadn’t quite realized you had.

Sometimes, you will put on headphones and run to the rhythm of a band you love, you’ll listen to a singer whose voice jabs you in the heart, and your mind will go effortlessly blank. You’ll be able escape from yourself.

Sometimes, you will meet a friend. You’ve been running enough now that it’s not impossible to talk. You would not have believed this could ever be the case, but in fact, you are able to carry on a discussion with someone whose company you enjoy. You might end up running farther than you thought you could. You might make a date to go again. It might become a weekly ritual.

Sometimes, you will want it to hurt. You want to make whatever emotional pain you’re feeling—the breakup of a relationship, a death, a failure—manifest. You will want to take it out on your body. You will enjoy the physical challenge of pushing yourself into agony. You will run so hard you think you might start bleeding from your eyeballs. You’re pretty sure you might collapse. You tell yourself that the German philosopher was right: that which doesn’t kill you does make you stronger. You pull out a bunch of other clichés about sports you’ve heard and realize that clichés are almost always true.

Sometimes, you will have a bad run. You will not be able to account for it. You will have gotten enough sleep, eaten well, be rested and healthy and nothing will have changed, but sometimes you just have a bad run. Even after you’ve been doing this for years and know to expect it, you are, nevertheless, always surprised when it happens.

Eventually, your body will change and harden and reconfigure itself. You will look down at your legs one day and not recognize them. When did they become so muscular? When did the jiggly bits stop jiggling? Where did those extra pounds around your middle go? You haven’t been dieting. In fact, you’ve been eating more than you used to. You’re hungry all the time. You start to see food as fuel.

Eventually, you will begin to recognize other runners. You will run past them on the street and raise a hand in greeting, which they will return. You’ll notice people wearing those big ugly GPS plastic watches with their civilian clothes. You’ll start to pay attention to race shirts.

Eventually, you might even start to enter races. You will be surprised that you get faster at each one. You’ll try different distances. You’ll wonder: Could I run a marathon? You’ll realize that you could. Of course you could. You might even want to go farther. You see the possibilities.

And eventually, running will stop being just something you do and instead it will have become a part of who you are. A runner. 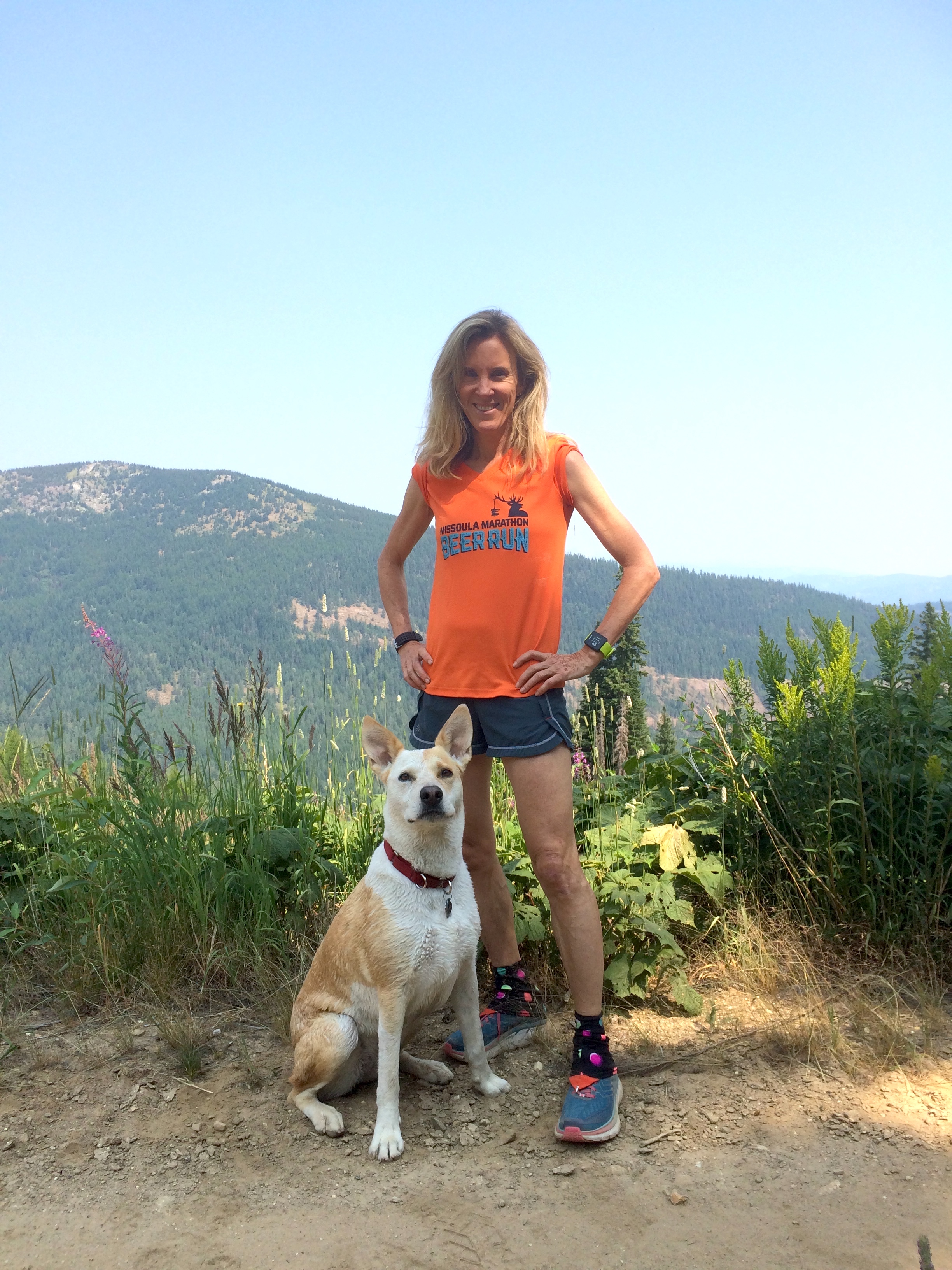