The President thought it would be a good way to welcome him to the organization. The Vice Presidents weren’t so sure.

“Can’t we just go out for drinks?” asked the Vice President for Infrastructure. “We don’t have to go tramping around –” She gestured with her arm toward the window. “You know. Out there.”

“Nature is good for you,” said the Vice President for Objectives.

The Vice President for Technology said, “Nature can kill you. Hurricanes, tornadoes, wildfires, bears, bugs, dirt – do you know how many germs live in dirt? You can get anthrax from dirt.”

“It’ll do us good to get away from this place for a while,” said the Vice President for Objectives.

“With the President?” said the Vice President for Infrastructure. “Won’t she –”

“She’s not coming. She wants us to take him out.”

“Take him out!” the Vice President for Objectives said.

The Vice President for Technology sighed.

Objectives drove them in his Range Rover to the trailhead. Technology sat in back with the new guy. When she spilled coffee on the leather seat the new guy slid a corner of his fleece vest over to soak it up. He winked at her, gave a crooked smile, and said not a word.

In front, Objectives and Infrastructure argued about the President’s plans for the new building. Objectives said, “She’s spending too much. We’ll be crunched for the rest of the quarter.”

Infrastructure said, “We need to do some right-sizing.”

Objectives said, “Let’s not boil the ocean. How about some blue sky thinking?”

Infrastructure said, “Not in her wheelhouse.”

Technology whispered to the new guy, “We’re looking for synergy.”

The early spring air smelled musty. Technology carried a backpack crammed with energy bars. Objectives pulled on a dirty baseball cap with dry flies and nymphs stuck into it. Infrastructure had on a stringy tank top and a little skirt that showed off her long, lean legs. The new guy wore unsullied hiking boots and a safari hat from which dangled a price tag. His shirt strained to cover his middle.

“Quite a change from the big city,” the new guy said, looking up at the mountains, craggy and still snow-topped.

Objectives set out first, his telescoping hiking poles pointing the way. The new guy fell in, and the two women followed. When Infrastructure complained about breaking a nail, Technology offered her an energy bar.

The first part of the trail went up at a heart-pounding pitch. They walked in silence, the only sounds the rustling of birds and the new guy’s wheezing.

“Doing OK back there, fella?” asked Objectives. “Out here the trail can go up for miles. Not like those wimp hills you got back East. We’ll climb to an overlook, have a moment, and then come down.”

“Are we going to do him in?” Technology whispered to Infrastructure.

Soon enough the new guy was doubled over, grasping a tree. “Just need. A minute.”

“Let’s sing,” said Infrastructure, who was feeling, by dint of contrast, uncharacteristically perky.

“That will keep the bears away,” said Objectives.

Infrastructure began to sing the chorus of an overplayed pop song and Technology joined in with some Uh-huh, uh-huhs. They tromped up the trail uh-huhing. Objectives shook his head. The new guy fell farther and farther behind.

“Your department requires a complete overhaul,” Objectives said to the new guy when they’d taken a break so Technology and Infrastructure could pee behind some scrubby bushes. “You’re going to have to get your ducks in a row.”

The new guy wiped sweat off his forehead with the bottom of his shirt, exposing a swath of belly. Said nothing.

Infrastructure approached, brushed her hands on her tiny skirt, and said, “You’ll need to think outside the box.”

Technology opened her pack. She pulled out some energy bars, and offered them around. No takers.

“You should know. There are concerns,” said Objectives. “You don’t have the experience to move the needle.”

“The low-hanging fruit have already been picked,” said Technology.

“We didn’t want to hire you,” said Infrastructure. “We had an excellent internal candidate who would have been much better, but the President–” She stopped when Objectives clapped his hands together. He opened them slowly, looked, and said, “Got him.”

A bug fell to the ground.

The wind made the trees shiver.

“Beautiful,” said the new guy, and turned away.

They sat on flat rocks heated by the sun and looked over a sharp drop to a clear mountain lake. Infrastructure asked Technology for sunscreen. Technology brought a tube out of her pack and handed it over with the offer of an energy bar.

“Careful,” said Infrastructure, who worried Technology was perched too close to the edge.

Objectives pulled a baggie of trail mix out of his pocket and didn’t share it with the rest of the group, just tipped back his head and poured peanuts and raisins into his mouth.

The new guy stood, squinted into the sun, and said, “Look. There are going to be some changes.”

Objectives stopped pouring. Technology put down her bar. Infrastructure looked up, a streak a white lotion slashing across one cheek.

“The President brought me in because she knows there are problems. Not just in my unit, but with the whole management structure.”

The Vice Presidents stared at him.

“We’ve been having frank conversations over the past couple of weeks.”

Objectives got up, his back to the cliff. “That’s ridiculous. She hardly knows you.”

Infrastructure struggled to her feet as well. Moved close to Objectives.

“Nah. We’ve been friends for 30 years,” the new guy said, calm and no longer sweating. He seemed bigger now, his voice deep and resonant. “She is not pleased with you folks.”

“What are you talking about?” Objectives said, his face flushed for the first time all morning. “That’s the most absurd thing I’ve ever heard.”

Objectives turned and bent to look over the edge, hands on knees. In a swift and unexpectedly graceful movement, the new guy sprung toward him. He punted Objectives in the butt and Objectives tumbled off the cliff.

Technology remained seated, her mouth opening and closing like a fish.

The new guy looked at her, shrugged, and extended his fingers in an offer of help. She hesitated. He gave that crooked smile again, and she took his hand. He swung her to her feet.

And then, still holding tight, he circled like a shot putter, and let go.

The new guy walked back down the trail whistling loudly. If there were bears in these woods, you couldn’t be too careful.

Read Re-Org at the Spokesman Review 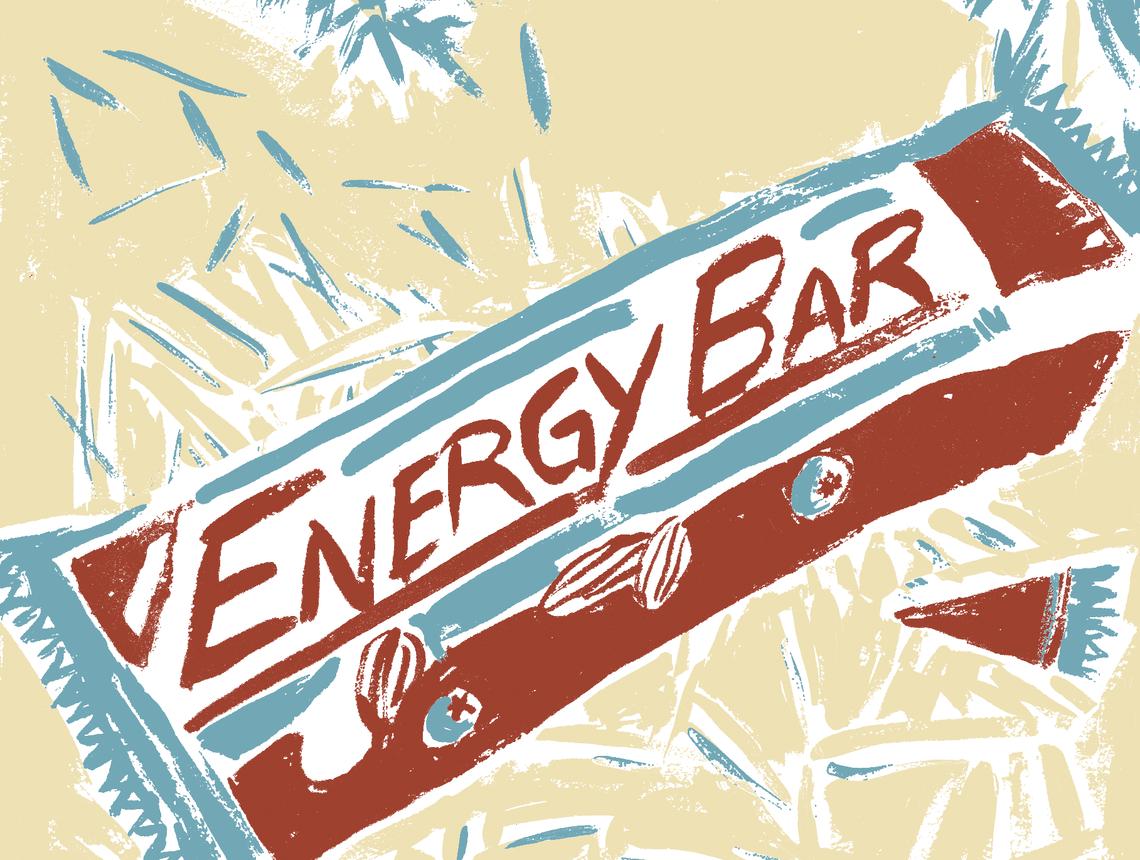