When the baby-faced cop handed me the speeding ticket and a brochure that explained how, if I went to traffic school, I could make it go away, I thanked him, cursed silently, and channeled my inner Nora Ephron. To a writer, everything is copy.

As I drove off, I forgot all I know about not flattening a diverse group of people into stereotypes. I ignored the fact that some jobs are harder and more dangerous than others. Conveniently, I put out of mind the Spokane cop I actually know, a great guy. Instead, in unwarranted indignation for having been caught flouting the law, I thought about what I could write to take down the steroid-addled, power-tripping government employees whose job allows them to shoot unarmed citizens.

And, I mean, all I did was drive 71 in a 55 mph zone, having vroomed past a benign-looking, late-model (unmarked) SUV.

The truth is, as a middle-aged, middle-class white woman, I don’t have much to be concerned about. I’m not like my friends who live in big cities and have to have “The Talk” with their kids. Not birds and bees, but the instructions African-American parents give to their children when they are stopped by the police for being, well, alive. I don’t worry the way my gay friend in Pullman does; he carries in his wallet a card from the ACLU listing his rights if pulled over. No. My biggest problem with the police is that I’m a terrible driver.

I speed. I tailgate – and not at football games. Sometimes I churlishly refuse to change lanes to ease the way of merging traffic. I zip through yellow lights. My phone is attached to my body like a wart. While driving, I’m also talking, texting, emailing, and Facebooking. I read Stop signs as, “Proceed gingerly through the intersection.” Don’t ask how many times I’ve had to replace my rear bumper after backing into things.

And while I’ve often been stopped for vehicular misbehavior, I rarely get tickets. When I do, the kindly cop knocks off a few miles to make the fine less spendy. Until recently. Welcome to over-the-hill, I thought, when the dude called me ma’am and handed me a citation. I enjoyed a frisson of superiority when I noticed it had a spelling error.

So let’s just say I went to Bad Driver School with a crappy attitude.

“I’m Bill, this is Paul,” a guy who looked like a cop said. “Today we’re here as instructors, not police officers.” I opened my laptop and began taking notes so furiously a woman sitting a row ahead whipped her head around to glare at me.

With the help of a PowerPoint presentation, Bill Workman and Paul Taylor outlined what the course would cover: Photo Red/Collisions/Seat Belts; Distracted/Inattentive Drivers; DUI/Impaired Driving; Rules of the Road; Pedestrians and Cyclists; and Defensive Driving.

My first thought was, What’s with all the unsanctioned capitalizations? And then, This is going to take all Saturday?

When they talked about the 10 red light cameras in Spokane, my notes became detailed. It would be good to know where I actually had to stop. Even though I’m basically a rule-following neurotic overachiever, my mindset when it comes to driving has always been about nudging the edges of the law.

Bill was a big motorcycle cop. Paul investigated fatal collisions. The one component of his job Paul could do without, he said, was death notifications. Throughout the day he and Bill exchanged dude-y insults, but Paul had a kind of gravitas, an air of gentle sadness.

“We’re not going to talk about the infractions,” the officers said to a room of 30 people – a bunch of soccer moms, some pimply teens, a few men, and one Uber driver. Instead, this program, Safe Traffic Operation Program, or STOP, aimed to “reduce collisions, to make people more aware of their driving, and to enhance the relationship with the public.” Bill and Paul spent the day telling us about their jobs, reminding us of the law, and sharing work stories.

I always imagined cops doing a little happy dance when they catch someone speeding. Friends who wanted to make me feel better when I complained about my misfortune said that there were quotas. I got dinged because it was the end of the month, they consoled, not that all my ticket-avoiding hotness had dissipated.

Not true, said Bill. (Not referring to the aforementioned alleged hotness.) “We don’t have quotas, but we do have a job to do.” And then he slugged the message home: “We want you to obey a traffic light,” Bill said, waiting a beat to add, “I don’t think that’s asking too much.”

In what felt a little like a veiled plug for the Second Amendment, they put up a slide showing that car accidents rival firearms as a cause of death in this country. Paul told us that in our state, someone dies in a car crash every 20 hours. When you hear this from the guy who had to go to investigate all 13 fatalities in Spokane last year, it makes your stomach hurt.

The No. 1 accident spot in Spokane is Second Avenue and Maple Street, an intersection I surge through all the time. A slide informed us that most crashes happen within 25 miles of home, and 40 percent of all injuries and fatal collisions occur at speeds less than 40 mph.

When, many decades ago, I learned about stopping distance from a high school wrestling coach, it seemed as useful as memorizing the quadratic equation or learning about the gravitational constant. At this point, however, I have an intimate relationship with all of Newton’s laws. I know about bodies at rest and in motion.

But video clips and photos brought the notion of stopping distance out of the academic realm. How far will your vehicle skid? In a school zone, it’s 19 feet. At 50 mph, 119 feet. That’s a long way to not have control of your car. And, of course, the greater the mass, the more force. Big SUVs can create a lot more havoc than my little Prius (three bumpers in nine years).

We watched Australian commercials about the difference between stopping at 65 kilometers an hour and 60. A mere 5 kph difference – 3 mph – proved pivotal. The Aussies take speeding seriously. I thought about how little time I actually save driving the 5 or 10 mph over the limit I believe I’m entitled to.

Learning about fatalities based on speed of vehicles proved chilling. At 20 mph it’s about 5 percent; at 30 mph nearly half of people hit die, and at a mere 40 mph (or 65 kph), well, you don’t want to know.

While showing us local accident photos, Paul would add softly, “That guy didn’t make it.” We saw a picture of the remains of Bill’s motorcycle after it had been creamed during a traffic stop. Bill – our Bill! – had his bike demolished by a reckless driver while standing nearby.

As he cued up one news clip, Paul said, “You guys are on your own for this one. It’s too sad for me to watch” and left the room. A joyful, ebullient young woman had died while driving in Idaho. Her last social media post was to a friend – a joke about ending their conversation because “Facebooking and driving not a good idea, haha!” – sent just before she rammed into the back of a semitruck.

One thing I never do is drive drunk. I know my limits when it comes to both drinking and driving. But many of my friends like their booze, and I like my friends. So I go to events with them where they drink, and then drive me home.

Even worse than driving drunk, however, is texting from behind the wheel. A behavior I engage in compulsively and habitually increases the risk of crashing 23 times.

I do so many things while driving – talk, text, brush my hair, grab handfuls of Cheez-Its, pop open cans of diet root beer – I often forget to pay attention to the road. At least, I thought, I always wear my seat belt. So do 97 percent of my fellow Washingtonians. A small bit of good news.

As a child-free person, I wanted to zone out during the discussion about car seats. I didn’t even know there were rear-facing car seats, and how dangerous it is to put these in front. Then Paul, with shaking head, told us about baby Chloe, killed in her mom’s car. Recently I’d been allowing Helen, my 50-pound mutt, to ride shotgun because she’d begun insisting. One video of an unrestrained passenger later, I resolved to banish her to the back seat. And maybe get her a harness.

Our instructors reminded us of right-of-way rules. They answered questions about roundabouts. Many questions about roundabouts. You have 300 feet to hang out in a turn-only lane. When you go past some scofflaw who has been pulled over by a police officer, you need to move the hell over and slow the hell down. A video provided an indelible image of what can happen if you don’t.

In a breach of privacy protocol, I asked the Uber driver during our lunch break if he’d gotten his ticket while Ubering. No, it was his crotch-rocket: “That motorcycle just can’t go slow.” When we got to the section on the legalities of pimping out your ride – window tints, monster truck elevation, and noisy mufflers – my classmate was disappointed to learn that he would have to do something about the triumphantly, but illegally, loud muffler on the used bike he’d bought.

Bill and Paul didn’t hector, they didn’t scold. They talked about their kids, and their own traffic infelicities (Paul had gotten a negligent driving ticket on Memorial Day!). They said, “Just something to think about” and “Use your best judgment.” Repeatedly they said, “We’re Americans. We like our life, and our liberty. People are in a hurry. We don’t want to be told what to do.” I realized that I am characterologically in a hurry, usually for no good reason. They reminded us that even when it’s not the law, it pays to be courteous. One slide read, “Nobody ever yielded their way into a collision.”

At the end of the class we reviewed. What is the difference between aggressive driving and road rage? Early on I had thought, Aggressive driving is normal driving. In unison, the class answered, “Road rage is personal.” A stop is a ________ of movement. Cessation! we sang. Where are U-turns legal in the city of Spokane? The soccer moms had this one: “Where designated, or in residential intersections.” The final question came with a pre-supplied answer: TRUE! Even though it was a clear case of leading the witnesses, that didn’t negate its verity: Did you enjoy this class?

During one of the breaks I asked Paul which infractions got people sent to Bad Driver School. Mostly speeding tickets, he said, but some folks came to the class after being cited for cellphone violations and red light photos. Which didn’t make much sense, he said, since those don’t get held against your insurance rates.

But actually, it makes a ton of sense. The class was so useful, interesting and improbably enjoyable, it’s worth running a red light – after checking to make sure you won’t damage anyone – just to be able to take it.

Sure, there are bad police forces in this country, and in every group, there are always some folks who are not there, as they say on my favorite TV show, for the right reasons. But the Saturday I spent at the STOP program has changed the way I drive, made me think about how vulnerable we all are, and perhaps most important reminded me that cops are in fact there to serve and protect.

Rachel Toor is a professor in the graduate creative writing program at Eastern Washington University. She is the author of five books, most recently, “Misunderstood: Why the Humble Rat May Be Your Best Pet Ever.” 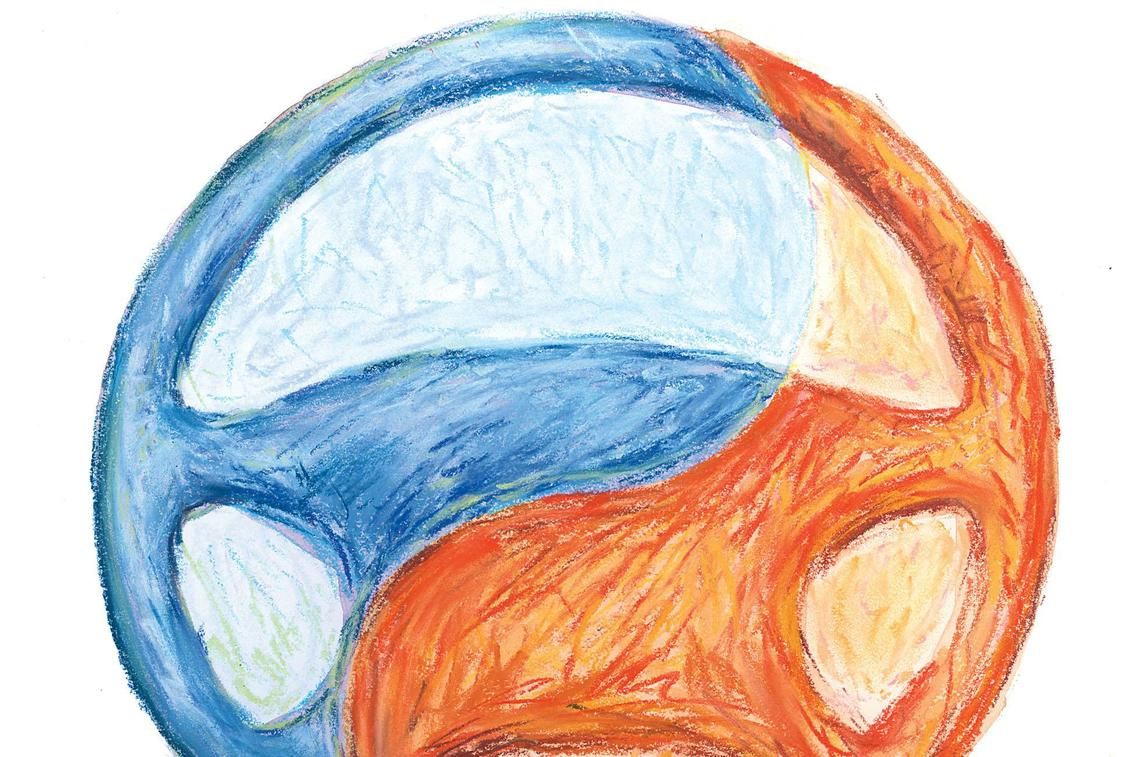