It is the cocktail of sorority girls, liquid license to let hands wander and mouths find their way, lubrication for the mating call of that sexually ambivalent herd: “I can’t feel my face.”

As a twenty-something I would have been embarrassed to order a Seven and Seven; it seemed a bad cultural signifier and I was concerned, then, with signifying. Now, though I cannot taste the difference between cheap liquor and more spendy brands, I will buy upscale whisky in well-formed bottles and mix it with diet Seven-Up. Into a fizzy glass I will plop four maraschino cherries, and spoon in enough juice to make it sweeter than bad pie, and pink. I am, three decades later, finally secure enough to drink something pink.

Scotch and soda was what I drank then. I didn’t like the color, didn’t like the smell, didn’t like the taste, but after college when I worked in editorial at a publishing house that had, only a few years before I joined, celebrated its quincentenary, 500 years of publishing Bibles and often dull monographs by dusty scholars, I drank Scotch. Days I read manuscripts on international telecommunications policy and the Masonic movement in western Massachusetts and at night I went with production assistants and copywriters and publicists to the Old Town. They ordered pitchers. I drank Scotch because I couldn’t abide the taste of beer and because Scotch seemed like a serious drink. It was important then to appear serious. I ordered it with soda because I liked the romance, liked saying scotchandsoda, liked how the bubbles tamed the bite.

The Old Town was just a bar we went to, a close enough walk from the office, dark not dingy, maybe there was food and maybe the food was good; I could never afford to both eat and drink and so stuck with well Scotch because it felt more necessary. It was just the Old Town, with a long marble and mahogany bar, and high ceilings of hammered tin, which meant something to people who bought apartments in New York but were only words to me. The floor feels sticky in my memory. The narrowness made it overcrowded if you hadn’t already snagged a booth. Our jobs let us off early enough to settle in before the slick-haired arbitrageurs and traders came wearing their improbable suits. In a few years they would be aping Michael Douglas playing Gordon Gekko quoting Sun Tzu. They would not know we had published a translation of The Art of War. We might brush against them at the Dublin House on the Upper West Side after a softball game in Central Park, or at Chumley’s on a rare night downtown; maybe we’d all get postcard invites to parties at Area and the Palladium and Limelight, but we lived in a different city. They had money and youth and we had youth and moral superiority.

When you’re twenty-four years old and paying more than half your salary to rent what the building calls an apartment but is really a converted hotel room no bigger than an area rug, where, when you sit on the toilet, your knees touch the door, and the kitchen is a corner by the window with a minifridge and a hot plate, and you spend your days editing manuscripts that become books only a handful of people will ever read, you need to believe in your moral superiority.

Unalienated labor, I called it, proud that my age exceeded my salary. I used possessives and plural pronouns with enthusiasm and returned the calls of “my” authors promptly, told them “we” were thrilled to be publishing their book. They would come to Manhattan from their small college towns and I would take them to Keens Chophouse, with its collection of clay pipes and its men’s club smell. They would order shad roe or calves liver with onions, and I’d say to them when the waiter came around, “What would you like?” signaling that it was I who had the expense account, that I, with too-frizzy hair and street earrings and a Coach bag and desperate shoes, was to get the check. I didn’t realize that these academic men were happy to be bought lunch.

Sometimes they’d ask me to dinner. I wouldn’t say yes unless I’d already met and liked them, but often I liked them. And they liked me. I didn’t know they experienced my wanting to publish their work and wanting them as interchangeable, that my eagerness made me attractive. I was the attentive audience, the ideal reader. For many of them, that was enough. More than enough.

They touched me on the arm, placed a hand on the small of my back, as we entered the restaurant. On these nights they would tell me they were paying, and they’d take me to Café des Artistes, or to the bar at the Essex House on Central Park South, which, if you looked at the sign from far enough away, seemed to read EZ-SEX House.  Close your eyes, one said, and I felt his hands just above my knees where my short skirt couldn’t reach. He cupped a pair of malachite earrings he’d brought back from South Africa. For you, he said. I finished my Scotch and soda and then, before I hailed a cab, let him kiss me in a dark doorway. You’re married, I said, and he said, Yes, Yes. And You. He said, You.

They went on to college presidencies and confirmation hearings and endowed professorships, these men. Now I hear them on NPR or see them quoted in The New York Times, remember how I had served for them as a magnifying mirror, and blush at the power I once thought I had.

Rachel Toor teaches in the MFA program at Eastern Washington University. Her next book, Misunderstood: Why the Humble Rat May Be Your Best Pet Ever, will be published in June 2016 by Farrar, Straus and Giroux. She lives in Spokane with her rodent-slaying dog, Helen. 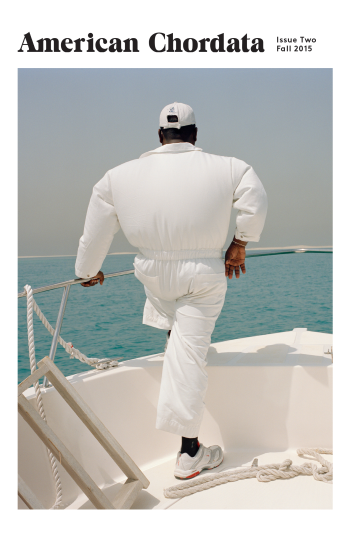