We All Live Next Door

When I hear a weird noise outdoors, sometimes I’ll look at the Nextdoor website to see if there’s been a shooting in the neighborhood or aliens have landed. Sometimes I’ll browse the site when I need to hire someone to rake my leaves or can no longer bear to look at my own work.

Much of what I see is an exchange of goods or services among neighbors, cats gone AWOL and enough petty crime reports to make me check my locks. But as with all such sites, even when real names are attached, people do what they do: take others to task and trade ugly words in grammatically iffy prose.

In the dog days of August, I saw a reminder to touch the sidewalk to test if it’s too hot for paws, accompanied by a photo that made explicit the dangers. Immediately there was a response (which is edited here):

“Thank you for posting! Today I saw a woman walking a small black dog. … Her dog was panting, and its head was down – it was over 90 degrees. All day I had anxiety about people walking their dogs on the hot pavement and the dog suffering. Now I see that horrific pic of that poor dog’s paws, and I am really disappointed I didn’t stop and say something. Ugh, it makes me sick to think of dogs being subjected to hot conditions and getting injured.”

The point of that post wasn’t clear to me except perhaps to signal virtue. This woman wanted us to know she’s a good person who believes she should have stopped to chastise the dog owner. Then came this response (which also is edited):

“For days I’ve been tortured by X’s post reply as I am that woman walking her dog. … My dog found a way to get out of our fence backyard. She is old and partly deaf. I noticed her gone within 5 minutes of her being in the backyard. I grabbed her leash and ran out the door. I found her five houses down and proceeded to walk her home.

“In foresight, should I have found a container and bowl and filled it with water, wasting precious time that she could be run over not hearing car horns? I didn’t have my car, as my daughter had it running errands. I taught my dog to walk on the sidewalk, not on people’s yards and flowerbeds. I tried to walk her home on people’s lawns, but she wouldn’t. She had a stroke a year ago, and her back legs collapse at times, so we walked really slow, and she pants constantly, even in cold weather.

“She weighs about 40 pounds, and I’m a senior and can’t pick her up. So I wish that you would have stopped, as we would have welcomed a ride home. Please don’t judge till you know the circumstances. Thank you for your concern. As I, too, am concerned about people walking their dogs on hot days. As I am in the winter, for their paws also can suffer frostbite.”

The situation was more complicated than an irresponsible dog owner subjecting her pooch to pain. How quickly those pointy fingers of judgment pop up. What if that first woman had spent a nanosecond wondering what she might be missing? What if instead of rushing home to write a shaming post, she had asked the woman with the dog if she needed help?

One of my favorite writers, Louise Penny, often brings me to tears. Her Inspector Gamache is a beacon of humanity, wit and sagacity and in a number of her murder mysteries offers his young agents four sentences that lead to wisdom: I don’t know; I need help; I was wrong; I’m sorry.

So rarely do we hear those sentences, especially in online forums where people feel free to spout off without having to watch their words land on the faces of those they’re attacking. Here’s what happened on Nextdoor:

The first woman wrote: “I’m sorry … I wish I would have turned around. I would have given you two a ride. I feel really, really bad. Would you like me to remove the comment? I thought something seemed off, and I kept feeling like I should have turned around, too, not in a judge-y way, just a worried way. I truly do apologize you felt judged. I hope you accept my apology and know I learned a valuable lesson.”

The dog owner responded: “I want to apologize because I think I sounded snarky on my last post. Your concern for our four-legged friends who don’t have a voice and you are their voice is commendable. If I was in your shoes, I would have looked at that woman walking her dog in the middle of the afternoon with the dog’s head hung low and panting, well that would have outraged me. So thank you so much, and I mean that with deep sincerity for speaking out.”

The 19th century Rabbi Israel Salanter wrote, “The foundation of the state of perfection is in matters that are between a man and his neighbor.” While I’m not a great believer in perfectibility, eavesdropping on the way this public conversation developed gave me hope that things can get better. 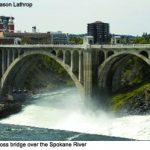